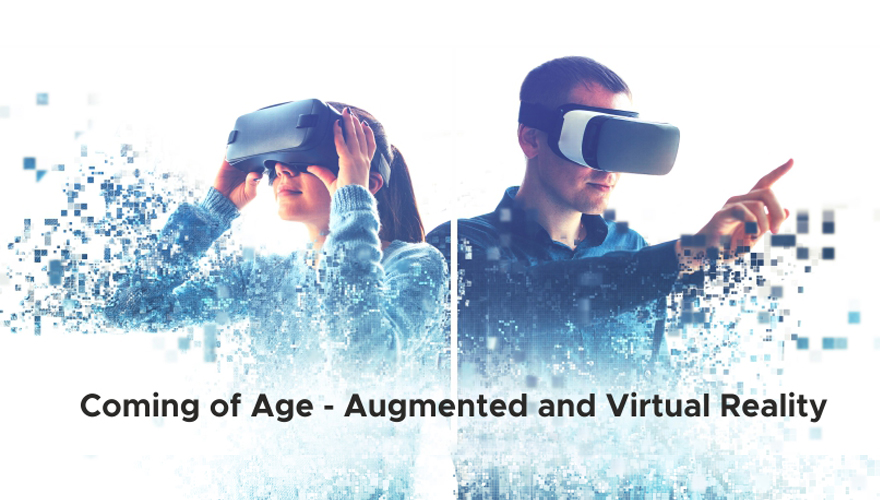 It started as a futuristic vision, but it didn’t stay that way very long. Augmented and Virtual Reality are fast earning their place as part of what is normal: an almost essential, well-accepted facet of modern life.

But what are they, exactly? Augmented Reality (AR) is simply the notion that we can add computer-generated elements seamlessly into our personal reality. L’Oréal’s Modiface is one of the best-known examples of AR within retail, with the feature allowing customers to digitally try on make-up through the brand’s app. L’Oréal has also rolled out Modiface to Amazon customers on mobile, allowing them to also digitally overlay make-up looks onto live photos and videos. It leaves you with a blend of real and virtual life; a blend that has the potential to make your life easier, more productive, or more rewarding.

It’s not a new idea; although the name was coined in 1990, the concept had been proposed way back in 1950. A pair of glasses that could record every user experience, a headset that brought virtual, movable 3D objects into a wearable playing field. Developers let their imagination flow freely on a concept that promised a whole new facet of human experience, and they met various degrees of success.

The closest we got to the dream was in 2012, when Google brought out Google Glass, a lightweight ‘wearable computer’ which allowed you to keep track of your life without looking down at your smartphone. Their prototype was short-lived: announced to the world with much fanfare in April 2012 and disappearing just as suddenly and dramatically in January 2015. Before it slid off into oblivion, though, it did something important: it took the notion of Augmented Reality out of the realm of sci-fi and into everyday life of normal people.
And there’s more out there than just Google. Microsoft, for instance, and the Hololens are there in the domain as well. Although no one pretends it’s ready for the public, they’ve got a powerful Augmented Reality headset that is pushing the bar in the developer realm.

And then there’s Virtual Reality (VR). What is the difference? With Virtual Reality you’re looking at a screen, and if your VR environment is well designed you’ll feel you’re out in that world. Gaming is one of the more well-known VR uses but its potential doesn’t stop there. Some of the many questions people are curious about include: How does virtual reality benefit society? VR is revolutionizing the sports industry for players, coaches and viewers. Essentially, it’s used as a training aid to help measure athletic performance and analyse technique. Another case is VR in mental health. As mentioned briefly before, VR technology has become a primary method for treating post-traumatic stress. Using VR exposure therapy, a person enters a re-enactment of a traumatic event in an attempt to come to terms with the event and heal. Your Virtual Reality environment may have elements of your real life in it, and this can blur the distinction between real and virtual even further.

At least, if you’ve got your screen up before your eyes on a headset. That’s where Oculus Rift came in: a pair of futuristic goggles that allows you to immerse yourself completely in 3D worlds that were made upon a computer; worlds that are completely imaginary, but as responsive to your actions as if you were standing right there. Highly popular among gamers, Oculus Rift is the bottom line right when it comes to head-mounted monitors.

For those who don’t want to shell out the big bucks, a simpler virtual reality experience is made accessible through Google Cardboard: open source plans that allow anyone to make their own VR headset with five dollars’ worth of material: cardboard, lenses, and a few basic fittings. Slip your smartphone in your brand new headset and start gaming, or take one of the many other uses of VR out for a spin.

Because neither VR nor AR is just the toy of gamers, real-life applications of Virtual Reality include medical training, architectural planning, education and more. This is for another blog. Augmented Reality is used by Boeing engineers to bring their airplane blueprints to life, by doctors to find veins for IVs, and by DIY car repairmen as they try to sort out what’s inside their engine.